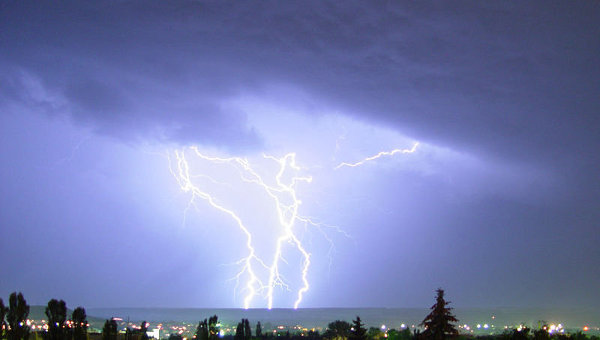 Three people including a six-year-old boy died and six others were injured after hey were struck by a lightning at a construction site in Jamtha on Sunday afternoon. All injured including two women are stated to be out of danger.

Maximum labourers are from Dhanora village in Seoni. All of them had come to city on Friday for construction work.

The labourers informed that since it was Sunday, they ended the work by 4 pm. “We all were about to leave the site but it started raining suddenly and we rushed under the shed. It rained heavily for ten minutes but nothing happened. The lightning struck when the rain had almost stopped,” said Hari Dhage.

Kumre was standing in the middle with his grandson while Quereti was beside them. “We were about to leave when suddenly the lightning bolt struck them. All collapsed after the lightning jerk threw everybody at a distance,” he informed.

Few labourers and the security guard who were in the guard room witnessed the incident and rushed for help. A van for emergency purpose and a four-wheeler, already available at the site, was used to rushed the injured to hospital.

First Kumre, his grandson and Bharat was rushed to nearby private hospital that referred them to GMCH. “It was too late and the doctors declared them brought dead. Other injured were given immediate treatment,”

Supervisor Suresh Kelzarkarl, who also sustained injuries, informed that the tin shed was constructed on the same day morning. “It was an unfortunate incident. We already have a labour camp at a few distances from the site but since I started raining suddenly, we ran under the shed,” he said.

The matter has been reported at Butibori police station. Police has registered a case of an accidental death.