Dressed in Bridal dresses, a bunch of cute little girls & handsome boys in suits performed in the play “The Wedding”. The Children also performed in the play “African Village” which was equally awesome. Children below 5 yrs enacted in the play, titled “Amazing Fountain” It is this exuberance and confidence which this theatre workshop tries to build in young kids. Stuti Sharan , who runs the institute says, “The plays put up by us are very amateurish so don’t look for histrionics. This is an effort to make the child more confident and to improve speech and voice modulation in them.”

Madhu Singh, principal of the Mount Litera Zee School, Kamptee Road was the chief guest of the event. Rumeet Kaur Uberoi made our yearlong program a grand success.

The students of Music Classes held by John D’souza mesmerized the audience with some melodious songs and mind blowing performances on musical instruments. 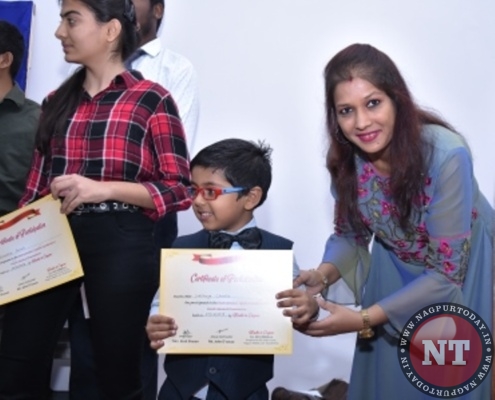