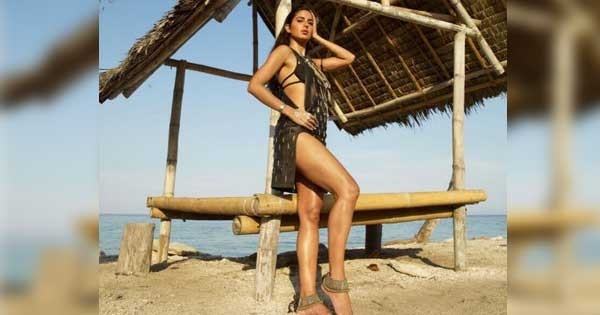 That Katrina Kaif is a talented dancer is a known fact. She often shares her dance videos on her Instagram profiles and today she shared one of herself practising a dance scene at YRF. Well, one look at it and you’ll be left in awe of the diva. She sure knows how to groove. And it’s not just any dance. It’s classical. Yes, you read just right.

This is perhaps the first time we have seen Katrina perform Indian classical dance. Given that she was rehearsing the dance at YRF, we suppose it’s for an upcoming sequence in her next film, Thugs of Hindostan that also stars Aamir Khan, Fatima Sana Shaikh and Amitabh Bachchan. The film is expected to hit screens in November this year and we just cannot wait any longer.

Helmed by Vijay Krishna Acharya, and produced by YRF films, Thugs of Hindostan is perhaps one of the most anticipated films of the year. First there were rumours of Katrina Kaif feeling insecure about Aamir’s closeness with the second lead actress Fatima Sana Sheikh. The film is slated to release in Diwali this year. There were reports of the film possibly clashing with Rajinikanth’s 2.0 at the Box Office this year and we had Aamir publicly stating that he wishes that doesn’t happen. Meanwhile, it was also reported earlier today that Thugs of Hindostan will reportedly become the 5th film to release in IMAX.