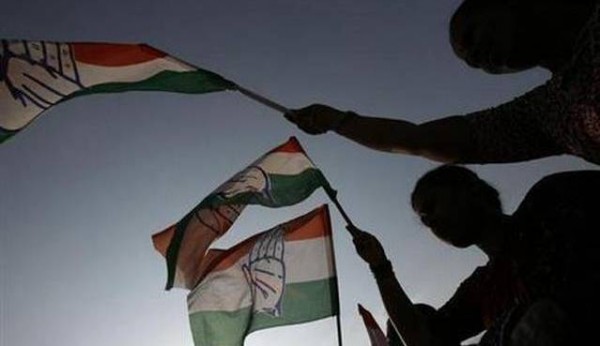 As the voters’ verdict was out in Karnataka on Tuesday, the humiliating debacle that the ruling BJP met in the assembly elections there put many party leaders in Nagpur tongue tied. Though they started feeling the pinch of current poll result, they are reluctant to buy the connectivity theory that looks to affect prospects back home in Maharashtra.

The BJP leaders are aggrieved and shocked over the unexpected defeat but they directed the issue as more related to central and concerned state leadership. Most of them are of the view that Maharashtra’s poll prospects would not be going to hamper with the latest statistics in Karnataka. Whatever the consequences may be, the results in Karnataka have certainly reenergized the Congress leadership in Maharashtra.

Nagpur Today spoke of some of the prominent leaders in Nagpur over the changed equation in Karnataka after a long gap of seven years.

BJP’s General Secretary, Nagpur and NMC’s former standing committee chief Sandeep Joshi puts the defeat of BJP as the voters’ choice. “For the last 5 years the voters might have been dissatisfied with the party’s output in Karnataka. The party’s poor performance in living up to the expectations of voters there would have certainly affected the prospects. But Maharashtra’s scenario is in no way related to the poll results there. The outcome would certainly call for some introspection among party cadres. But we have certainly not lost hope. We will soon start agitation as a precursor to upcoming assembly elections in Maharashtra,” he said.

Former BJP state president Sudhir Mungantiwar terms the defeat as the result of party’s mutual rift, saying that the people of Karnataka did not like the inner differences in the party and hence voted it out of power. “This is the reason that despite the series of developments carried out by BJP led government in Karnataka, the party had to face the debacle.” He said that he is confident that now the party leaders in Karnataka will cut across the mutual malign to appear as strong Opposition in the state assembly. “In any political span, win and defeat goes hand in hand. I am sure the party would regain power in the next election,” he added.

Congress MP from Nagpur Vilas Muttemwar said that overwhelming win of Congress in the state of Karnataka has certainly boosted the moral of party leaders in Maharashtra. He said however the assembly and Lok Sabha elections are too far to link this result with the position in Maharashtra but it has clearly demolished BJP’s tactics of winning through playing politics of issues. The BJP’s misrule in Karnataka has not gone down well with the voters there. The party was trying to cover up its flaws by stalling the parliament and creating issues, but in Karnataka it was neck deep in corruption, he said. “Finally people got the chance and uprooted BJP in this election.”

NCP City unit president Ajay Patil said that the results have clearly shown the people’s choice of secular parties. The people do not pay much heed to the prophecy of any specific community, language or region but believe in actual development around them. “And Congress has proved this once again,” he said adding that the BJP keeps making the issue of corruption and tries to cash the poll benefits. But on the ground level Congress certainly makes the difference when it comes to development. He also exuded confidence of Congress emerging as major winner in upcoming Lok Sabha elections along with assembly elections in Maharashtra.

Another Congress leader Vikas Thakre was not available for the comment as he kept his cell phone switched off.

Senior RSS leader MG Vaidya accorded the BJP’s setback as a result of party’s internal fractions. He held Yeddyurappa responsible for weakening the party in Karnataka. He said, “Nobody has ever wondered that BJP will not even make up to 50 seats in this election. People of Karnataka have rightly decided. But its effect on upcoming Lok Sabha elections would be less likely.”