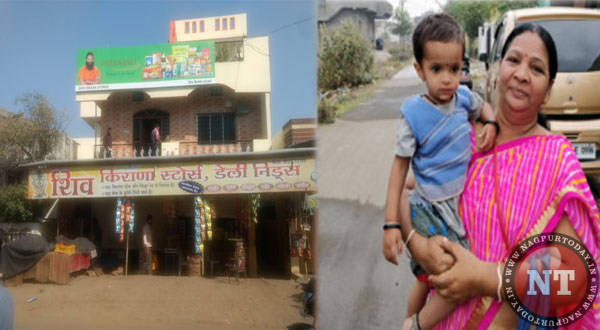 Nagpur: In a significant development in the sensational double murder case in Pawansut Nagar in Dighori, Hudkeshwar police have arrested Ankit Shahu, 22, brother of prime accused Ganesh alias Golu Ramcharan Shahu. Ankit Shahu has been arrested for his involvement in the murder of Usha Kamble and her one and a half year old grand daughter Rashi, respectively, mother and daughter of Nagpur Today’s senior crime reporter Ravikant Kamble.

Earlier cops had arrested Ganesh Shahu, his wife Gudiya and a minor boy. Ganesh owns a grocery shop in Pawansut Nagar, who had brutally killed Usha Kamble and Rashi by slitting their throats with a tin plate of an oil can. Ganesh had murdered Usha and Rashi on the first floor of his house.

In a bid to destroy the evidence, Ganesh along with other accused had packed the bodies in gunny bags and dumped them under a culvert near Durga Layout, behind Vihirgaon village on Umred road.

The duo was earlier reported missing, but later their bodies were found in the nullah.
Ganesh Shahu, in his statement, has admitted to have committed the crime. In his statement Ganesh said that Usha had demanded Rs 7000 from him and allegedly abused him in front of customers in his grocery shop. He then asked Usha to come to his house above the shop on the pretext of giving her money. After an argument, he along with others brutally killed Usha and Rashi.

An offence under sections 302, 364, 201, 34 of Indian Penal Code, read with Sections 2,3 and 5 of Scheduled Caste and Scheduled Tribe (Prevention of Atrocities) Act, was registered against the accused persons.