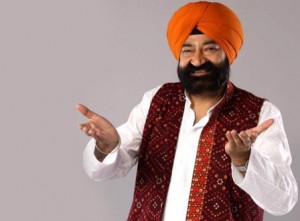 Nagpur news: Jaspal Bhatti, who had brought smiles to innumerable faces in his lifetime, left his fans in tears today. The great comedian died on Thursday in a road accident on his way back home from a 40- day promotion programme of the film ‘Power Cut’, releasing this Friday. He was 57.

The film is the launch- pad for his son Jasraj. The car in which he, along with his Jasraj, film heroine Surilie Gautam and Bhatti’s media advisor Navneet, were returning, met with an accident on Thursday. Bhatti and the three injured were rushed to Orthonova Hospital in Jalandhar immediately in an ambulance and Bhatti died on the way.

Bhatti who shot into fame from his satirical shows ‘Ulta Pulta’ and ‘Flop Show’, had given a new dimension to comedy in TV serials. He was the first turbaned Sikh comedian on Indian TV. The latest status message by the administration on his Facebook account declares, “Our beloved, the King of Comedy & Social Satire, Jaspal Bhatti is no more. Unending tears flow down as we share this unfortunate news with you. An irreparable loss for the entire industry. Let’s pray – may the departed soul rest in peace”.