Nagpur News : Before hanging herself, a 14-year-old girl wrote for her parents that she is under going dejection and she needed a counselling to overcome. However, she ended the note mentioning that she will never be able to explain her reason of depression and thus she has decided to end her life.

Priyanka Padsapure, a ninth class student, was alone at home at Pawan Putra Nagar when she hanged herself to the ceiling fan on Wednesday. Her parents had gone to their duties and her elder sister had been to her college. Police said that Priyanka claimed of feeling unwell and skipped school.

Hudkeshwar police found a long note written in the last pages of her register. After going through the suicide note, police suspect that she might have been writing the note from past few days.

“Her note shows that she had undergone depression. She wrote for parents to help her to overcome the depression. She mentioned that she has become short tempered and couldn’t concentrate on her studies. She had even asked her parents to take her to a psychiatrist for her treatment,” informed police. He added that the minor haven’t blamed anybody for her suicide.

The suicide came to light around 3.30 pm when her mother Chanda came home. She peeped through window to find Priyanka’s hanging body.

Police are yet to check her cell phone details. A case of an accidental death has been registered. 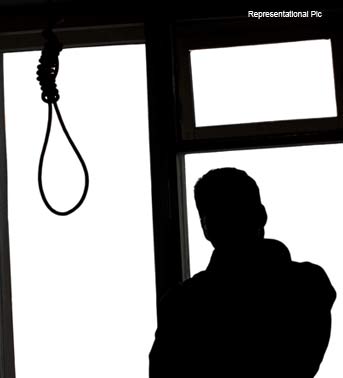