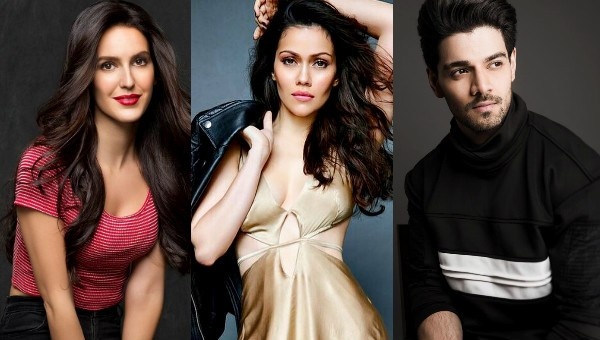 After impressing one and all in Shah Rukh Khan’s Fan, Waluscha De Sousa has signed her second big film. The B-Town hottie is all set to turn up the heat on the dance floor with Katrina Kaif’s sister – Isabelle Kaif. Yes, Waluscha has signed up for Isabelle’s debut film Time To Dance, which also stars Sooraj Pancholi. Being a dance film, Time To Dance will feature some interesting dance styles including a mix of ballroom styles like Waltz, Tango, Foxtrot as well as Latin dance forms like Cha Cha, Samba and Jive. So the trio is already prepping for the movie and the first schedule starts from mid-April.

After Fan, everyone wanted to see Waluscha once again on the silver screen. But she was taking her time and waiting for the right script. As soon as she heard about Time To Dance and its story, Waluscha got excited and instantly signed up for it. As a source close to the development revealed to us exclusively, “Waluscha really liked the story of Time To Dance and as soon as she was offered the film, she came on board.” From what we hear, she will play a pivotal role in the film and her dance moves will surely set the screen on fire.