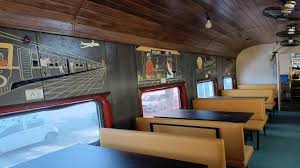 Nagpur: Adding one more innovative facility in the service of passengers, the Nagpur Division of Central Railway will set up ‘Restaurant on Wheels’ at the West Side of Nagpur Station soon.

According to a release issued by the Central Railway, this restaurant is being made using a discarded rail coach which will become a landmark eating house. A ‘Restaurant on Wheels’ at the iconic Chhatrapati Shivaji Maharaj Terminus (CSMT) in South Mumbai has already been open for two days. It will offer a unique experience to diners inside the coach mounted on rails, the press release said.

Nagpur’s ‘Restaurant on Wheels’ will be among the five other locations at Akurdi, Baramati, Chinchwad, and Miraj Stations apart from Mumbai’s CSMT. At the CSMT, the restaurant coach mounted on rails is located at the Heritage Gully, opposite Platform No. 18. The project is under the innovative ideas of the catering policy of the Indian Railways announced in 2017.

According to the CR’s Senior Divisional Commercial Manager (SrDCM) Krishnath Patil, the ‘Restaurant on Wheels,’ which will be operational within a month in Nagpur, will be made using a discarded AC-III rail coach will be a fine-dining place offering a unique experience to diners at the station. The Railways will earn Rs 42 lakh towards annual revenue from the project, which has been bagged by Haldiram’s, the official said.

The official further said that half of the coach will have a fine-dining place as well as a takeaway counter. The interior of the restaurant will be decorated in such a way that passengers, as well as the public, can enjoy the experience of dining in a rail-themed setting.

This restaurant will be open for passengers and the general public as well. The rates will be decided by the licensee as per market rates approved by the Railways. As per the report, the ‘Restaurant on Wheels’ will offer a multi-cuisine menu comprising vegetarian and non-vegetarian food.