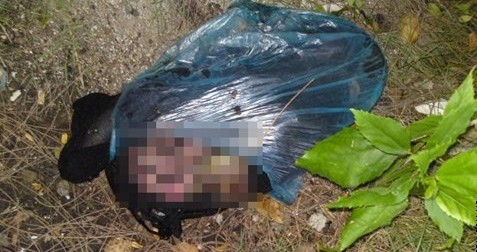 In an inhuman act of extreme cruelty, some unidentified persons put a new born baby into polythene bag and threw the baby in the Lakadganj area. When the infant was noticed by some people and when the police were informed about the gory incident they rushed him or her to Mayo Hospital where the doctors declared the infant brought dead.

According to police, they got information at about 5.15 pm on Friday that an infant baby was found thrown in a polythene on a ground behind Maa Bhagwati Sanskrutik Sabhagruh. The Lakadganj police reached the spot after getting information about the most cruel act on the parts of the mother and father of the baby. Police took the new born baby to Mayo Hospital where the doctors could not do anything to save the infant as he or she was already dead.

Police have booked the unidentified parents under Section 318 of the IPC and have launched a massive hunt for the perpetrators of the cruelest act.