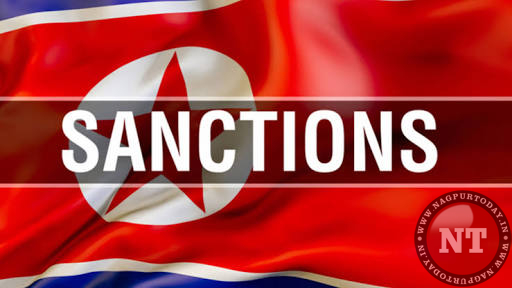 India imported about 2.4 million dollars worth of iron and steel, iron and steel products, copper and zinc from North Korea last year and exported precious metals and stones worth USD 578,994 to the country in violation of UN Security Council resolutions banning such trade with North Korea, according to a report by an UN panel of experts.

According to a March report of the Panel of Experts established by the Secretary General regarding implementation of the sanctions and UNSC resolutions relating to North Korea, the country exported a total of USD 62,184,815 in iron and steel between January and September 2017 to Barbados, Bolivia, Chile, China, Costa Rica, El Salvador, India, Ireland, Mexico, Pakistan, the Philippines and Russia.

“The Democratic People’s Republic of Korea exported a total of USD 373,926 in copper to India and Mexico between January and September 2017 in violation of paragraph 28 of resolution 2321 (2016),” the report said.

Further, India imported zinc from North Korea from January to September 2017 worth 526,018 dollars.

“The Panel reiterates that the jewellery items listed in paragraph 1 of annex IV to resolution 2094 (2013) correspond to HS codes beginning with 71 and calls upon Member States to exercise vigilance with regard to any exports of goods classified under that code,” it said.

The report also includes a letter dated July 14, 2017 from the Permanent Mission of India to the UN that states that “During the period of March 2 2016 (date of adoption of resolution 2270) to November 30 2016 (date of adoption of resolution 2321), there was no clarity regarding the scope of the measures related to iron and iron ore since there was on elaboration/explanation of the word iron’ and iron ore’.

Till date there is no implementation assistance notice issued by the UN that stipulates a practice for identifying an item as iron’ or ‘iron ore’, ” the Indian Mission said in the letter.

The mission further wrote that “pending clarity on this issue”, national implementation of the measures contained in UNSC resolutions 2270 and 2321 relating to iron and iron ore was nevertheless carried out by the Government of India through a notification issued by the Directorate General of Foreign Trade on March 21, 2017