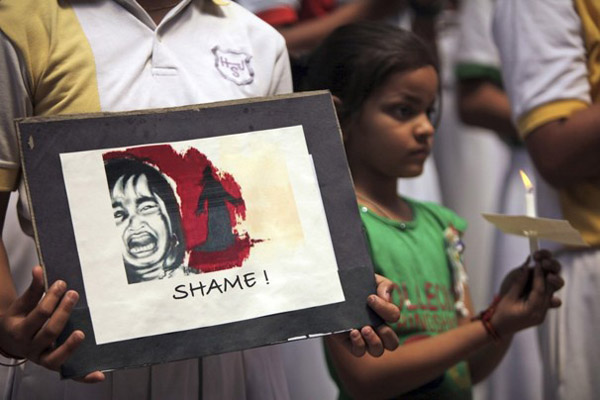 Nagpur News : Even after the country protests and rage over the rape of a five-year-old girl and a four-year-old girl in delhi and MP respectively, another rape case came to light on Sunday in second capital. A five year-old girl was repeatedly raped by a juvenile in her house under the jurisdiction of Kotwali Police Station. Mother of the five-year-old victim informed the police that 16-year-old teenager who was a relative, repeatedly raped the minor girl in past one month.

The minor girl was living with her grandmother in Nagpur for studies for past three years while her mother lives in Rajasthan, said the police. The accused juvenile was a regular visitor of their house.

Police said, the accused took advantage of the girl and repeatedly raped her. Her mother came to Nagpur to see her mother who was suffering high blood pressure. The minor girl revealed the happening to her mother. Her mother was shocked to learn the truth and immediately informed her relatives. She told her relatives about the incidence but no one believed her. Finally she lodged a complaint with Kotwali Police Station.

Cops arrested the juvenile and registered an offence against him under the Sections 376 (1)(2)(f)(h) of the IPC read with sub Sections 4, 5 (m) of Protection of Children From Sexual Offences Act, 2012, informed PSI Jadhav.