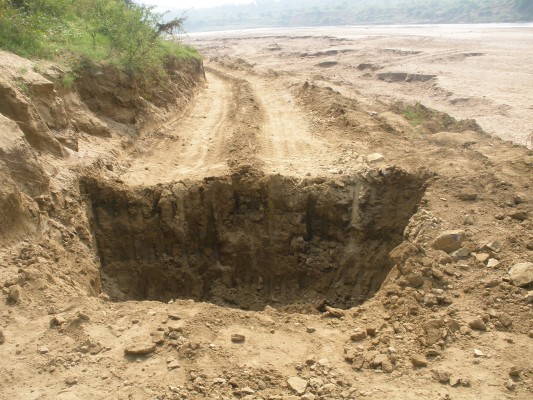 Nagpur News: Notwithstanding the rules and regulations like permission from Environment Ministry for sand mining, court orders banning illegal excavation of sand and tall claims by concerned Government authorities of curbing Mafias indulging in sand mining, the ground reality is totally contradictory, and shocking, to say. Illegal sand mining is going on openly, thriving and prospering thus plundering the natural resources allegedly under the very nose of police, revenue department and transport department in Nagpur District. Not to mention the heavy losses to Government by way of revenue recovery.
THE AREAS OF BUSINESS:
According to sources, the instant cases of illegal sand mining have been reported from sand “Ghats” in Saholi village of Parshioni Taluka and Walni, Rohna “Ghats” in Saoner Taluka of Nagpur District. The excavated sand is being stocked clandestinely at various “darker” places in massive quantity and is being lifted and supplied to needy customers in and around Nagpur District. And the most disturbing fact of all these dealings is that the concerned Government authorities have been allegedly turning a blind eye towards the illegal mining, of course, for obvious reasons, sources said.
A

ccording to sources, there is talk of a BJP labour leader is allegedly running the shabby sand affairs in Saholi “Ghats” and a criminally minded person has allegedly “captured” the sand “Ghats” in Walni and Rohna areas. The alleged sand Mafias have absolutely no fear of any Government authority. On the contrary, if anybody dares their illegal activities, the person is first warned of dire consequences if he again interferes in their “trade”, and even after the person dares, he is harmed physically in order to deter others. The Mafias recover Rs 5000 per trip from the truck owners, and dozens of trips are managed by the fleet of truck owners per day and thus the “dealings” taking place to the tune of lakhs per day.

The simple arithmetic points out that the bounty in lakhs of rupees is being pocketed by sand Mafias in connivance with the concerned authorities, sources said. For the name sake, a raid is carried out by the authorities just to show-off that no illegal activity is being tolerated, the sources added.
STOP “LOOTING”:

The people residing the nearby areas, fed up with the illegal and high-handed sand mining on the daily basis and harassment by the criminally minded elements, have demanded strict vigil on the activities of the Mafias indulging in illegal sand mining and immediate halt to “looting” of natural resources by a few anti-social elements and thereby “looting” of Government revenue. The people have demanded raids on the “dealers” of sand and the truck owners by the concerned authorities and seizing of their assets amassed by the illegal sand mining. 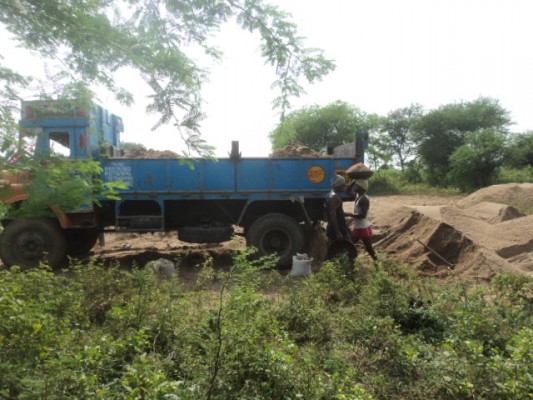 CLANDESTINE TRANSPORT:
According to sources, several trucks, laden with the sand illegally excavated and stocked at “darker” places, are clandestinely ferried through Khaparkheda, Parshioni, Kamptee, Saoner and other areas. Here also a modus operandi is adopted while ferrying the sand loaded trucks. The owners of the trucks first go ahead as “Pilot” cars and are constantly talking to the truck drivers intimating them of any risk of being caught. And even by “bad luck” the trucks are caught, the owners “manage” the situation and the show goes on.