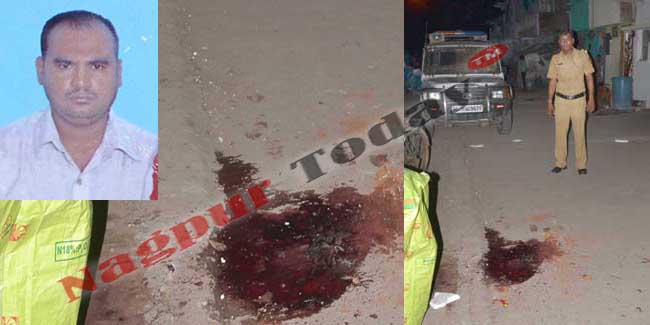 Nagpur News : Shaikh Israil alias Chintu, 31, a notorious criminal, was killed by a gang near his residence at Saraswati Nagar in Takiya under the jurisdiction of Dhantoli police station on Thursday evening.

Soni and Mukesh Mandape in the murder case. Three others including Laxmi’s husband, Raju, are absconding.

Police suspect an old rivalry behind the murder. However, police sources informed that Patel and Soni were planning to open a gambling den in their residential area with another goon named Bhurya. Israil, however, opposed the idea.

On Thursday, Patel, Soni and Mandape called israil for a discussion near the house. The discussion turned into an argument andended with Israil’s murder. Police said that the gang stoned him to death after stabbing him repeatedly.

Israil’s wife and one -year-old son had been to religious tour when the murder took place. Police said that Israil had returned home just three month after being externed.