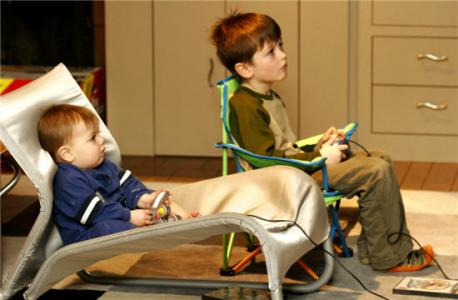 Where is the childhood in the child?

Where is the warmth a child feels when he was with his family? Where can we find a kid that was an epitome of enthusiasm? Where are the naïve kids? These are rhetorical questions and hence, they remain unanswered. We have reached a time where every other child is a quintessence of how our times will never change back. This ‘modernisation’ with the many advantages it possesses, has left the innocence in children somewhere far behind. The many kids we saw playing in the playgrounds are now confined to the four walls of their houses in the company of their computers and television sets.

Every kid today walks with a mind that can work on the latest gadgets, a mind that understands every double-meaning comment, a mind that makes up strategies to retaliate when crossed. If you think you can’t be fooled by a 7 year-old with a PSP (PlayStation Portable) or iPod in hand and headphones in their ears, you are wrong! The kids belonging to this century have the inherent ability to pace up with whatever new technology or phenomena come around. The contemporary world that competes in every aspect everyday for a better tomorrow, has led its children too into believing they must be a part of this competition too to survive. 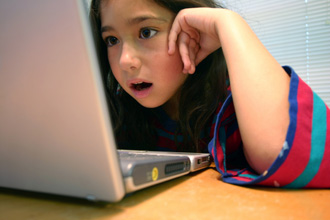 The present-day kids have an instinct to be and have the best in whatever they do. That being true, it has certain negative repercussions too. ‘Prematurity’ and ‘insensitivity’ have acquired new meanings in this era and aptly describe every child’s mind-set belonging to this century. What people must learn AND teach their children is that while you are moving ahead, hand-in-hand with this high-speeding world, you are leaving behind the very essence of a child- it’s childhood!

Not talk, but we must put to use the values and ethics we have always preached about. The future of the world is dependent on shoulders that don’t wish to hold any baggage, be it emotional or physical. The thoughts and ideas we have been brought up with, if not all, to some extent need to be inculcated in the minds that need their virtues intact.