Nagpur: Though the heavy rains throughout the day on Friday brought much-needed respite from humid weather for Nagpurians, the heavy spell of rains threw traffic in city out of gear in many areas. Meanwhile owing to heavy downpour since Friday morning, citizens and commuters faced harrowing time as they had to wade through waist-deep water logged streets. Choked nullahs added to the woes as streets and low-lying areas were flooded with gushing water. The rains led to traffic snarls in the area forcing traffic to be diverted to alternative routes due to water-logging in the low lying areas across the city.

Many roads, riddled with potholes, are seen jam packed with vehicles struggling to move through. 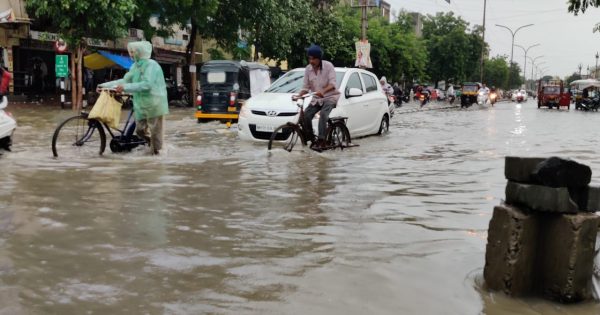