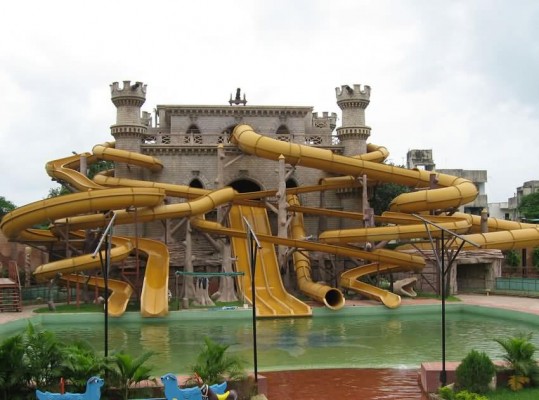 Nagpur News: The Nagpur bench of Mumbai High Court has issued notice to the directors of Crazy Castle – an amusement and water park run by famed Haldiram Group in Ambazari for committing breach of an agreement with Nagpur Improvement Trust signed on July 6, 2011.

The court has initiated the action after hearing the public interest litigation filed by social worker Sandeep Agrawal.

In his petition (no. 40/2011) Agrawal has alleged that Crazy Castle is being used for private parties in clear violation of the agreement. This has also caused revenue loss to the exchquer. He also pointed out that illegal construction was also erected at Crazy Castle without due permission. The matter was even raised in recently concluded winter session of state assembly in Nagpur, acting upon which the Chief Minister has assured of demolition the structure in question. However no action has been initiated till date, Agrawal claimed.

The court has ordered Haldirams, the parent company of Crazy Castle to file an affidavit in this regard within 4 weeks.