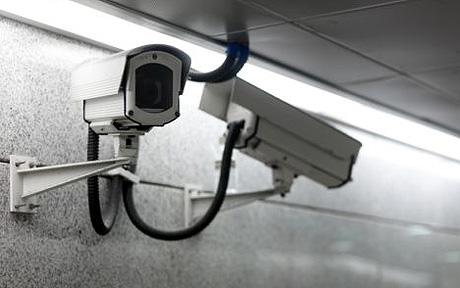 Nagpur News: The Rashtrasant Tukdoji Maharaj Nagpur University (RTMNU), after witnessing vandalism by students for years together, and other anti-RTMNU activities by other organasations, has opened its third eye to watch every activity of incoming and outgoing persons on the premises. The RTMNU has installed CCTVs in the Registrar’s office premises and CCTVs would scan every visitor to the RTMNU.  There are specific timings for visitors, i.e. from 4 pm to 6 pm to meet the officials.

An officer of RTMNU on the condition of anonymity said, “Every day or the other a morcha suddenly gate crashes into RTMNU. The number of morchas by students or political parties for various problems has increased now-a-days that too without notice. The morchas have been posing headaches for RTMNU authorities. Sometimes, the students and political party activists resort to vandalism damaging costly properties of the University. The morchas of students consist a large number of vandals and mischievous elements than the students thus instead of resolving of difficulties of students the vandals run amuck creating more problems for students. This way the genuine problems of students remain unsolved putting them and the RTMNU authorities on the toes.

It may be recalled, the number of morchas by various organization has seen a huge increase since 2011-2012. It was found that after a favourable court decision in favour of students of engineering regarding revaluation and other issues the muscle powers  of students have got a boost. Thereafter, armed with favourable court orders, the students have been approaching political parties or students’ organizations over all and sundry issues and taking out morchas to the RTMNU. The university authorities several times sought powerful police presence for “badobast” in order to avert any untoward incident. Now, the authorities have barred entry of students in the premises of RTMNU.

On the other hand, the students, too, have a tell tale. The students said, “The RTMNU Administration never takes the problems of students seriously and try resolve the problems. This attitude of the Administration forces the students take another  path in order to draw attention of RTMNU Administration towards their difficulties. If the valuation answer papers of students is not done properly the future of the students could be in jeopardy. Moreover, the students have to run from one department to another to get their other education related problems sorted out. They are not allowed to meet higher officials if their complaints are not hammered out by the lower rung babus. This phenomenon turns a simple problem into a complicated one. The main reason for students resorting to morchas is total non-communication by the higher officials directly with the aggrieved students. The colleges concerned, too, instead of helping the students, raise their helpless hands. Therefore, the need of the hour is to set up RTMNU-level Assistance Centers so that the students would not be forced to visit RTMNU frequently to get their problems sorted out,” the students asserted.

“The students’ organizations play an important role in conveying problems of students to the varsity officials. No student wants to indulge in vandalism. The installation of CCTVs is a good move but it will not stop us from carrying out our positive activities,” said Swapnil Kathale, State Secretary of ABVP. “We work for benefit of students and not for us,” he added.