The Delhi Police and Nagpur police have brought “Chhotu” on their radars and are striving hard to bring down the target as soon as possible. The “Big Chhotu” has amassed disproportionate wealth by his shady deals. The bookie has land in acres on Umred Road, apart from properties in Mumbai, Raipur, and Hyderabad. “If misery loves company, misery has company enough.” The fact is very true.

The key bookie of Nagpur, Sunil Bhatia, a Saibaba devout, who is in the iron-clad hands of Delhi Police in the dubious IPL Spot-Fixing episode, has named another bookie of Orange City during the course of investigation. And, now, the named bookie has been pushed into a horrible situation, and running from one corner to another in Nagpur to escape the dragnet of police.

Sunil Bhatia hurled the name of one “Chhotu” Agrawal thus bringing him of not only on Delhi Police radar, but, Nagpur police, too.”Chhotu” is now finding himself a target of both the police forces, and has been left with no choice but to run helter-skelter for saving himself from being arrested. The police have a slight hint that “Chhotu” is hidden himself in a place in Andhra Pradesh.

The Delhi police and, Nagpur police as well, have got a pool of shady business and other “sensational”  deals the “Chhotu” indulged in and, he in rapid fire, tearing apart the evidence in papers and at other sources. It may be recalled the Delhi police had netted the Saibaba devout Sunil Bhatia from Nagpur and two others from Aurangabad, who had a connection with Nagpur in one way or the other few days ago. From then onwards, Sunil Bhatia has been a “guest” of Delhi police and in return spilled the beans on the special treatment given by the “Host” (Delhi Police). During sustained interrogation Bhatia tossed up the name of “Chhotu” who too is a tricky fixer from Nagpur.

“Chhotu has spread his fixing business to a large proportion in Nagpur. And as usual, he kept the Nagpur police far away from him through “Sweet deals” so far. Not to mention the bounty of money amassed disproportionately by the “Big Chhotu.” However, the situation has turned hotter and hotter for both, “Chhotu” and Nagpur police, courtesy the Saibaba devotee. 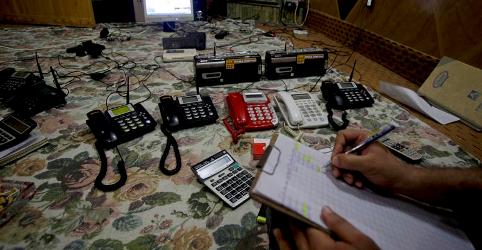 According to sources, “Chhotu” plays with currencies in crores, and has huge property in Nagpur and surrounding areas. The bookie has land in acres on Umred Road, apart from properties in Mumbai, Raipur, and Hyderabad. The sources informed that “Chhotu and his key aides have fled to Hyderabad or nearby areas.

One would be surprised if any bookie of “Chhotu’s stature” has no links with the Underworld. So, “Big Chhotu” too has deep connection with the Dubai-based Underworld and Mafia. If he gets arrested by any police and the police launch an investigation of his passport, the police could easily get information of his visits to Dubai. The Delhi Police and Nagpur police have brought “Chhotu” on their radars and are striving hard to bring down the target as soon as possible. They have been searching their target, albeit, with utmost secrecy. Since the IPL 6 is over, many more bookies could be arrested by the country’s police forces from various places. Already 32 more bookies have been arrested after IPL was over in massive raids across the country.

In fact, the entire police forces in the country have waged a war against the bookies, their “bosses” in politics, and even, top officials in Government and police departments, too. The war-like scenario could be witnessed in Mumbai, Delhi, Chennai, and other major cities. The 32 bookies who were arrested after the IPL was over include a key bookie from Chennai Sanjay Baffna, and others from Mumbai, Goa, Bihar, Gujarat, and Uttar Pradesh. In the fresh arrests, three bookies were nabbed from Hyderabad out of which one is supposed to have connection with Nagpur, sources said. Six bookies were netted from Mumbai’s Deonar area and a cash of Rs 4.5 lakh, cell phones, laptops were seized. All were involved in betting business on the IPL Final. Two bookies from Pakistan were too were in the “dubious” business. The other two fixers Dinesh Sharma and Nishore Pablani were the arrested names from Mumbai.