“When more than 30 lakh rain-ravaged farmers from Vidarbha are still awaiting relief aid amounting to Rs 3000 crore as the Government has been facing fund crisis, huge Rs 45 crore are being spent on the Mega Event. “The Government, instead of spending such huge amount on the Expo, should distribute Rs 45 crore to farm widows and debt-ravaged farmers,” President of Vidarbha Farm Widows’ Association Bebitai Bais and President of Vidarbha Jan Andolan Samiti (VJAS) Kishore Tiwari demanded. 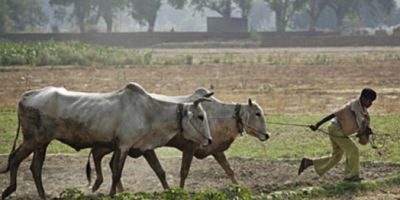 The Mega National-level Agri Expo and Agri Melawa (Gathering), named ‘Krishi Vasant,’ to be organized jointly by Central Government and Maharashtra Government at Central Institute for Cotton Research (CICR) on Wardha Road, Nagpur from February 9 to 13, has evoked sharp reaction and strong opposition by farmers of Vidarbh, the “National Capital of Farmers’ Suicides.” And more than 10,000 widows have, most appropriately, resorting to hunger strike in front of Central Institute for Cotton Research till the Mega Event is cancelled.

The President of Vidarbha Farm Widows’ Association Bebitai Bais and President of Vidarbha Jan Andolan Samiti (VJAS) Kishore Tiwari have said the Government has released Rs 45 crore for the Mega Agri Expo when more than 10,000 farm widows have been starving and about 30 lakh farmers have been distressed due to mounting debt and successive cotton crop failure in last ten years. “The Government, instead of spending such huge amount on the Expo, should distribute Rs 45 crore to farm widows and debt-ravaged farmers,” Bebitai Bais and Kishore Tiwari demanded.

“The helpless farmers are committing suicides in Vidarbha for various unfortunate reasons almost daily. And the Government, instead of providing relief to them, has been making mockery of them and rubbing salt to their wounds by spending Rs 45 crore on the Mega Event in the very region which has come on the map of the country as Capital of Farmers’ Suicides. It is wasteful expenses on the so-called biggest ever Farm Expo,” Bais and Tiwari lamented.

“When more than 30 lakh rain-ravaged farmers from Vidarbha are still awaiting relief aid amounting to Rs 3000 crore as the Government has been facing fund crisis, the Additional Chief Secretary S K Goel announces that the Government has released Rs 45 crore for the event. Out of Rs 45 crore, Rs 10 crore will be the State’s contribution and the Government has been arranging facilities for around one million farmers who would be visiting the Farm Expo from all over the country being organized from February 9 to 13 at the Central Institute of Cotton Research’s sprawling complex at Panjri on the outskirts of the city. All places of accommodation including 125 wedding halls have been booked for the Mega Event. Moreover, when CICR has four regional centers and ICAR centre in each district of India, the Government has been promoting and encouraging MNC-base technology which is the main cause of agrarian crisis in the region resulting farmers’ suicides. This needless expenditure of public exchanger can be avoided and same money can be used for empowerment of more than 10,000 farm widows who are innocent victims of MNC technology,” Tiwari and Bais added.

Arpana Malikar, the KBC fame farm widow, said, “Vidarbha is known for abundant natural resources, cotton capital of Maharashtra and now-a-day  Nagpur is getting popular as capital for ‘Agro Expos’  as earlier last month another mega agro expo was organized by ex-BJP National President Nitin Gadkari  and thousands of farmers were brought  to witness the technology and crop practices which are beyond the capacity and suitability of rain-fed farmers.  But there was not a single seminar on cost credit and sustainability of agrarian economics. Agro Expo has been a multi-crore earning activity of politicians hence we want to stop the National Farm Expo,” asserted Malikar.

The Agri Expo will be inaugurated by President of India Pranab Mukherjee.