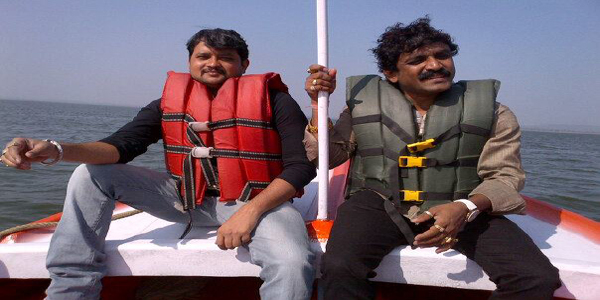 Nagpur News : A gangwar going between two notorious gangsters over coal transportation in Ghugus mining area of Chandrapur is suspected to be behind the assassination of BJYM Vice President Hemant Diyewar, who was shot dead at Shankar Nagar by four masked youths on Sunday night.

While police are still tight-lipped about any kind of investigation in the case, sources informed a gang war behind the murder.

It has been learnt that there has been gang war going between two gangs headed by Shaiku Khan and Haji Sarwar over coal transportation at Ghugus mining area.

On being suggested by a MCOCA accused, Diyewar had supported Sarwar. In March 2012, Shaikhu’s gang had fired a round on Sarwar who had a lucky escape. Since them, Shaiku had suspected Diyewar’s involvement in preventing Sarwar. Unconfirmed source informed that this rivalry might have led to Diyewar’s murder.

Cops are probing the case in another angle. Police came to know that Diyewar had picked a rivalry with a gang connected to Shaiku for engineering admission of some students. Sources said that Diyewar was once very good friend of Shaikhu’s gang.