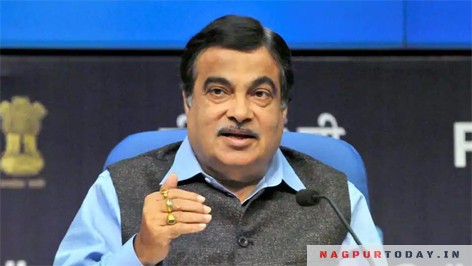 Nagpur: Highlighting that 1.50 lakh people die and over 5 lakh are injured in road accidents in the country every year, the Union Minister for Road Transport and Highways Nitin Gadkari has prepared a roadmap to reduce the deaths on highways by 50 percent by 2025.

Addressing a webinar hosted by the International Institute of Security & Safety Management (IISSM), Delhi, Gadkari said, “Every year over 1.5 lakh people die and 5 lakh are injured in the country in road accidents. By 2025, we plan to reduce the number of deaths to 50% and to zero by 2030.” Gadkari said the ‘Stockholm Declaration’ adopted at the 3rd global ministerial conference on road safety in Sweden held in February 2020 called for a reduction of road accidents by 50% by 2030. “However, we plan to achieve this by 2025,” the Minister said.

Gadkari said his Ministry was focusing on engineering, effective implementation, training and strengthening of emergency services and has already amended the Motor Vehicles Act (MVA), 2019, and now it’s the responsibility of the Centre and States to follow the Act. Road safety is an urgent health and development matter. The number of deaths on the world’s roads remains unacceptably high, with an estimated 13.5 lakh people killed each year. In addition, as many as 5 crore people are injured. Road traffic crashes are the eighth leading cause of death globally for people of all ages and the leading cause of death for children and young adults aged 5–29 years.

The Union Minister further said that the death percentage of people between 18-45 years is 70%. Road traffic deaths and injuries shatter lives and throw families into poverty. On average, they cost the countries 3.14% of their GDP. If we could stop this loss, the countries could save Rs 1 crore towards every person.