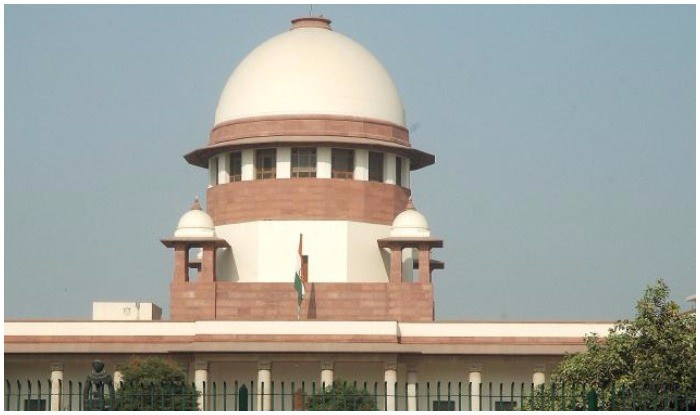 New Delhi: Supreme Court Justices Ranjan Gogoi and Madan Lokur have written to Chief Justice of India, urging him to call a “full court” to discuss the “institutional issues” and “future” of the apex court. According to the Indian Express, the letter, dated 22 April, comes in the wake of Vice President Venkaiah Naidu’s rejection of the motion to impeach Chief Justice of India Dipak Misra by Opposition MPs in the Rajya Sabha. The letter reportedly consists just two sentences setting out the suggestion of the judges.

The two judges had been part of the unprecedented press conference on 12 January, where they had aired their concerns with the administration of the higher judiciary, and selective allocation of cases by the CJI to preferred benches.

The other two judges who were part of the press conference – Justices Chelameswar and Kurian Joseph – have already written letters to the CJI asking for similar action to address government interference in the functioning of the courts, and the government’s failure to respond to the Supreme Court’s recommendations for appointments to the apex court.

Meeting of the Full Court?
A meeting of the ‘full court’ refers to a meeting of all the sitting judges of the Supreme Court (currently 24 judges), meant to be used to address serious issues relating to the judiciary. The letter asks for this to be constituted “on the judicial side” – that means that this meeting is not meant to address only internal administrative matters, but is meant to allow the judges to properly adjudicate on the issues and pass external orders if necessary.

The Indian Express’ sources note that the concerns behind this new letter relate to the independence of the judiciary – Justices Gogoi and Lokur are reportedly concerned about the government ignoring the collegium’s recommendations on the appointment of Supreme Court and High Court judges, and the CJI’s reluctance to follow up on this.

Justice Chelameswar alluded to the CJI’s reluctance during an interview with Karan Thapar, where he noted that the collegium’s recommendation to elevate Justice KM Joseph and senior advocate Indu Malhotra to the Supreme Court had not been reiterated despite the passage of more than two months.

In his letter to the CJI, Justice Kurian Joseph had termed the government’s failure to appoint these two judges “an abuse of power”, and recommended a seven-judge bench be set up to hear the matter (similar to the way the Justice Karnan case was handled a year ago).

The Centre also recently broke with established law and the Memorandum of Procedure for appointment of judges, by only giving Punjab and Haryana High Court judge Ramendra Jain a six-month extension as an ad-hoc judge, despite the collegium recommending that he be made a permanent judge of the high court.

No Response From CJI
The CJI has not responded to the letter by Justices Gogoi and Lokur yet – nor has he responded to those by Justice Chelameswar (21 March) and Justice Kurian Joseph (9 April).

The Indian Express has also reported that according to their sources, this suggestion of a full court meeting was raised by some of the judges during the customary Monday morning meeting, but the CJI was non-committal. The meeting lasted 15 minutes longer than usual this week, and all courtrooms only started hearing matters at 10:45 am rather than 10:30 am.

Justices Gogoi and Lokur are part of the Supreme Court Collegium, the five senior-most judges of the apex court which are meant to decide on appointment of judges, along with the CJI and Justices Chelameswar and Kurian Joseph. As per existing convention, Justice Gogoi is slated to be the next CJI, after CJI Misra retires in October 2018.