Nagpur: At a time when forested areas in Maharashtra witnessing a continuous depletion, the frequent fires in vast swathes of jungles, on the other hand, are causing unimaginable damage to ecosystems. The frequent fire events can reduce soil fertility and carbon storage, negatively affecting even those ecosystems whose regular re-growth depends in part on wildfires. The heavy toll of wildlife the fires take is another worrying aspect of the fiery disasters.

Maharashtra has recorded total of 17,976 incidents of forest fires in the past five years. These fires badly affected around 1.25 lakh hectares of woods. Despite concerted efforts by State vForest Department to safeguard biodiversity in forests by controlling fires, the success seems to have eluding them.

While single fires can be rejuvenating for certain fire-adapted ecosystems — low-intensity fires promote biodiversity, renew soil nutrients, and may even be necessary for some plants to produce seeds – the repeated fire events can reduce soil fertility and carbon storage, negatively affecting even those ecosystems whose regular re-growth depends in part on wildfires.

The Additional Principal Chief Conservator of Forests R S Yadav said that the incidents of forest fires are on the decline. The figures are being seen as big mainly due to satellite technology. A number of preventive measures are being initiated to control wildfires. Strike force of fire watchers have been formed that keep a hawk eye of wildfires. 11 firefighting units and 1276 fire blowers have been made available. The number of smart phones and vehicles has been increased. 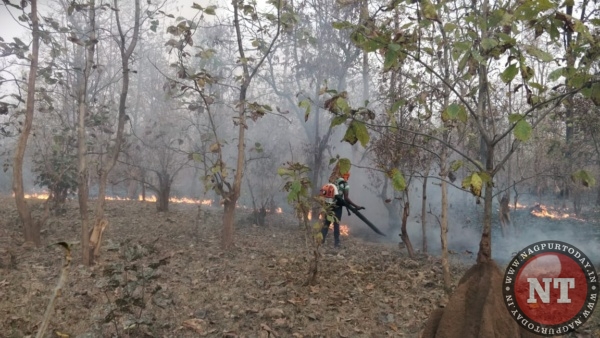