Nagpur News : Kotwali police has arrested four people including a couple for allegedly duping people of Rs 99 lakh by assuring them of high profit in the name of core banking.

Accused-Madhao Pawar and his wife Ruchita of Tulsibagh, Vilas Pardhi, a resident of Diwan Layout and Pankaj Salunkhe from Naikh Road are absconding.

Farmer Sanjay Dhanorkar, 35, a resident of Dattatreya Nagar has filed a police complaint. Dhanorkar told police that he had introduced the scheme to his friends and relatives who passed the information to others and had invested huge amounts but suffered high losses.

According to the police complaint, all four had jointly opened a private company named Hari Om Software Limited Company in Tulsibagh area. They also introduced core banking in the company and lured people of getting 5% interest on investments. Initially, the owners returned profits of investors but later started swindling people as the number of investors increased.

Dhanorkar claimed that he has been doing the investments from last year. He told that among four accused Salunkhe was learnt to be Godman a year before. 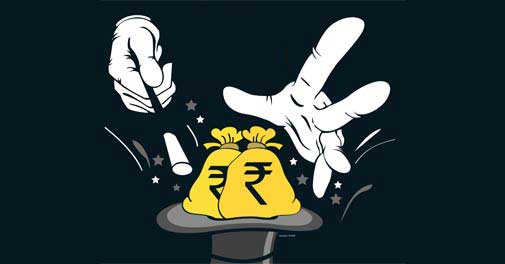