Nagpur News: In a major break-through, Crime Branch sleuths seized four country made pistols and 8 live cartridges from a house in Gittikhadan area on the intervening night of Friday and Saturday.

According to the information, cops have arrested a few goons in this regard whose identities were not confirmed till filing of the report. The action, headed by Crime Branch PI Madhav Giri, took place when PI Giri received information about the country made pistols from his sources on late Friday night. Acting on a tip off, PI Giri along with his team raided a house in Gittikhadan area and recovered four country made pistols and 8 live cartridges from possession of the accused.

Sources said, the accused have taken into custody and interrogations were under way till filing of the report. Police will soon disclose the names of the accused.

It is to be mentioned that the number of incidents in which country made pistols were used has increased drastically in the past few months. It must be noted that cops have arrested two youths, Shashank Chandrakar and his friend Rohit, for possessing a mauser gun just a few days ago. Thus, cops were on their toes to nab the weapon dealers in the city and control the easy access to these deadly weapons. 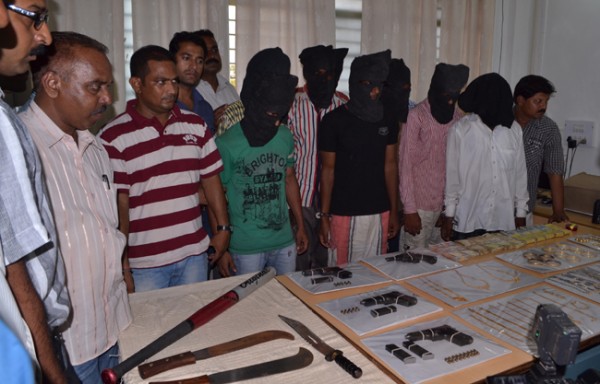 Sources informed that weapon dealing has increased in areas like Tajabad, Manewada Square, Rameshwari, Mominpura, etc. Police are digging to nab other history sheeters involved in dealing of these weapons.