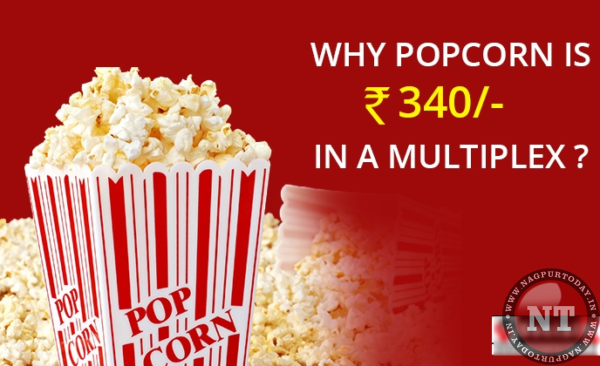 Mumbai: The Bombay High Court today asked the Maharashtra government why it could not regulate the prices of food items being sold at exorbitant rates in multiplexes across the state.

Observing that the prices of such items were often ‘exorbitant,’ a bench of justices Ranjit More and Anuja Prabhudessai directed the state to examine the Bombay Police Act to see if it can be used to regulate prices of eatables being sold in cinema halls.

“The prices of food and beverages sold in multiplexes are exorbitant. Sometimes, some food articles are more expensive than even the movie tickets,” the bench said.

“We understand if the state can’t permit the public to carry food from home. But, then why can’t it step in and regulate the prices of food sold inside the cinema theatres,” it said.

The bench was hearing a public interest lawsuit challenging the prohibition on carrying outside food items inside the movie theatres and multiplexes across the state.

The PIL has been filed by one Jainendra Baxi, through his lawyer Aditya Pratap.

The plea claims that there is no legal or statutory provision that prohibits one from carrying personal food articles or water inside the movie theatres.

Advocate Pratap also told the court that the Maharashtra Cinemas (Regulation) Rules prohibit hawking and selling food inside the theatres and auditoriums.

The Multiplexes Owners Association, however, argued through senior counsel Iqbal Chagla that the association could not intervene in the prices fixed by the retailers selling food articles inside the theatre.

“If I go to a five star hotel tomorrow, I can’t ask them to reduce the price of the cup of coffee that they are selling. That is because, I have made a choice to go to an expensive hotel. Similarly, one makes a choice to visit the multiplex and purchase a glass of cola for Rs 200. Now, I can’t ask the cola company to reduce the price,” Chagla said.

He said when one buys a movie ticket, it becomes a part of the contract that he will not be allowed to carry outside food.

“And the public is prohibited from carrying food from home because of security reasons. They are free not to purchase anything for these three hours. Since water is essential, we provide filter and RO water at the theatres for drinking free of cost,” he said.

The bench, however, noted that senior citizens or those suffering from some medical condition such as diabetes, often need to eat at regular intervals and that they can’t always eat what is sold at the multiplexes.

“Basically, you (the association, multiplex owners etc) are compelling the public to purchase and consume what you sell at a price that suits you,” the bench said.

It has now directed the state to file an affidavit within four weeks clearing its stand on introducing necessary regulations.