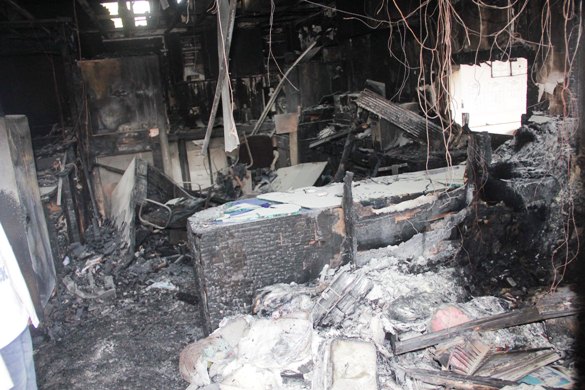 Nagpur : A major fire broke out at Rainbow Medinova Diagnostic Centre and Pathology Department at past midnight due to the electric short circuit. Fortunately no one was hurt in the incident since all patients and employees had been evacuated when the alarm was raised.

Four fire tenders were rushed to the spot after getting information, fire fighting was going on till the filing of this report.

The fire tenders were later successful in controlling the fire, though the room were the fire had originated was completely gutted, resulting in the loss of electronics and equipment worth Rs.2 lakh.

The short circuit is reported to have taken place at the pathology lab on the second floor, and it was the smoke bellowing from that floor which alerted the hospital authorities,enabling the early evacuation which saved many lives.