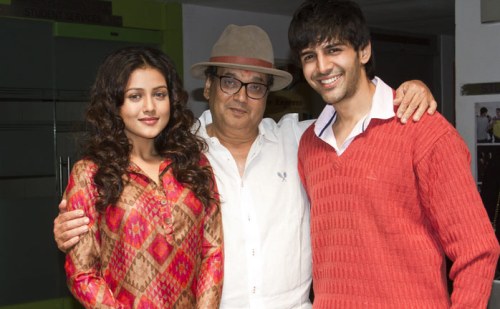 Yesteryear hit maker and once a showman of Bollywood Subhash Ghai is literally wary of taking his every move forward. After announcing the release of his next directorial venture Kaanchi on August 15 last year and then postponing it further, the film maker has finally fixed the release date as April 11 this year. Ghai confirmed this in a statement issued by his banner Mukta Arts.

Ghai, known for movies like ‘Ram Lakhan’, ‘Saudagar’, ‘Khalnayak’, ‘Pardes’ and ‘Taal’, was earlier in no hurry to announce a release date for ‘Kaanchi’ – a mistake, he said, he had made with his last film ‘Yuvvraaj’.

The film, which stars Ghai’s latest find Mishti and actor Kartik Aryan along with veterans Mithun Chakraborty and Rishi Kapoor, is about inner power of a woman who represents millions of suppressed youth against injustice in the country, the statement said.

The film is directed and produced by Ghai, and its musical score is done by Ismail Darbar and Salim-Suleiman with lyrics by Irshad Kamil.

The filmmaker, who has earlier discovered talents like Manisha Koirala, Jackie Shroff and Mahima Chowdhary, is extremely upbeat about ‘Kaanchi’ and about launching Bengali girl Mishti in Bollywood.