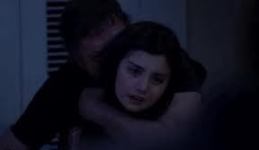 To hide a night out with a male friend from her parents, a 17-year-old girl had cooked her kidnapping plan and even registered a case at Ajni police station against six unidentified kidnappers.

The Std XII minor had filed a police complain on late Tuesday night. After two days of investigation and interrogation, she spilled the beans before her aunt and mother.

Police sub-inspector R G Rajulwar, who was the investigating officer, informed that the girl’s father had a doubt on her varying and unexplained statements who then took her home for questioning and forced her to spill the truth.

Rajulwar had checked almost all places told by the victim to trace the kidnappers. However, he failed to get any valid point. He told that the minor wanted to go for a night out with her male friend but was restricted by her family. She had left her home at Ajni railway quarter on Monday morning to buy some cosmetics but had gone with her friend and didn’t return. Her parents had filed a missing complaint at Imambada police station.

“Till Tuesday evening, she was with her male friend. Later, they had a fight and the girl asked her friend to take her to Ganeshpeth bus stop where she cooks her abduction plan,” said Rajulwar.  He added that on Monday, the duo had gone to Kondhali and thus the minor mentioned Kondhali in her police complaint.

The minor had told police that she was abducted by six youths on Monday morning. She had told that two youths gagged her from Kamble square in Ajni and took her in an auto rickshaw to Mahal where they asked her to seat in a four-wheeler where four youths were already inside there.

The youths drove her to Kondhali and had locked her in house but a domestic help aide her to escape when the youths were sleeping. She later boarded a bus to Nagpur from Kondhali bus stop at 3.30pm and informed her father around 10 pm on Tuesday.

Rajulwar told that none of the information given by the girl was found true during investigation.

“Her father suspects something fishy when he noticed that all points told by the minor are turning false.  Thus, he took the girl back to home and asked her aunt and mother to speak to her” said Rajulwar.

After questioning her for an hour, the girl finally confessed that she planned her abduction to hide the night out.