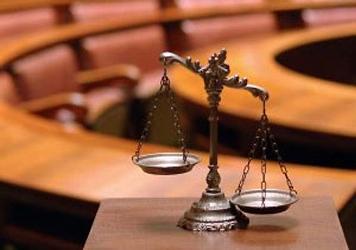 In one of the fastest decision taken rarely in the city, a fast track court has completed a murder trial in a murder case within 23 days. A lifer conviction for a murder accused in short time by additional district judge K L Vyas is remarkable.

Alleging illicit relationship with his wife, Kamlakar Choudhary of Umred had stabbed neighbour Mahadeo Bankar to death on June 28 last year. The trial of the murder case had started on February 8 this year.

Choudhary suspected his wife Devakibai having an illicit relationship with Bankar and thus in a fit of rage, he attacked him causing his death. On the points raised by Public prosecutor Satish Rode and defence lawyer M R Dhande, Vyas declared life sentenced for Kamlakar.

In another incident, two police constables were seriously injured after a rashly driven yellow coloured bus knocked his bike on HIngna road under the jurisdiction of MIDC police station. Santosh Vyas and his colleague Police constable Jairam Pandit were patrolling on their bike on Friday night when a speeding bus hit them and fled away. Vyas suffered serious head injuries and has been undergoing treatment at a private hospital while Pandit escaped with minor injuries.