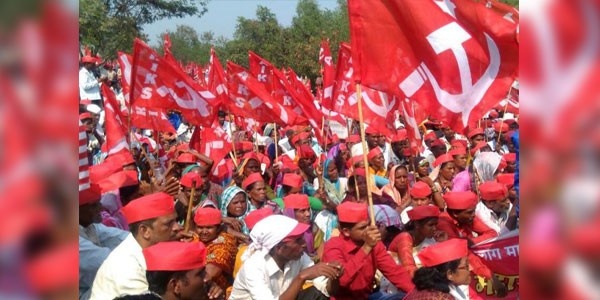 The Shiv Sena today hit out at Prime Minister Narendra Modi’s farmers’ outreach programme and said that only farmers’ suicides, and not their income, have doubled.

Modi had spoken on Wednesday, via video-conferencing, to farmers in 600 districts nationwide, as part of a farm outreach programme, in which he highlighted how his government had doubled the agriculture budget to Rs 2.12 lakh crore and how it was working towards doubling farm incomes.

In a scathing attack in its mouthpiece “Saamana”, the Sena said that country was “tired” of the never-ending announcements and “jumlas” of the present dispensation.

“The country is tired of never-ending announcements and jumlas of the present dispensation. The recent announcement of PM Modi of doubling farmers’ income by 2022 is not a new one. The BJP’s 2014 election manifesto too had promised the same thing and this had helped it come to power,” the Saamana editorial said.

“He played the same old cassette,” the Saamana editorial added.

It added that the farmers who brought the BJP to power had now gone into “coma”. “Instead of doubling farmers’ income, their condition has, on the contrary, deteriorated,” it said.

The daily added that Modi, in his interaction, should have disclosed what steps had been taken to double the income of farmers in the last 4 years, and if “achche din” had arrived for them.

The party questioned that if Modi’s government had taken policy decisions, why was it not reflecting on the ground. The editorial said that increase in cost of production and lack of takers for farm produce was distressing farmers. It added that banks were not giving them agricultural credit either.

“Banks roll out a red carpet for industrialists who then dupe banks. But farmers do not get money. This is discrimination. Instead of their income, suicides of farmers have doubled in the present regime. Forty thousand farmers have committed suicide between 2014 and now,” the Sena claimed.