Within the span of five minutes, two elderly citizens lost their jewellery to fake policemen in separate incidents on Saturday.
Around 1.45 pm, 75-year-old Manda Bhave, had just left her residence at Navnirman Colony in Rana Pratap Nagar area and was walking to a friend’s house when two middle aged man came to her. They introduced themselves as police and told that on the senior officer’s orders, they are patrolling around to instruct women to take out their jewellery and keep in safe place to avoid chain snatching incidents.
In a bid to help Bhave to keep the gold bangles and ring in her purse, they used their trick and made away with the ornaments worth Rs 50,000. Bhave noticed the robbery in minutes after the youths left the place and raised an alarm. Later, she reported the matter to police.
The second incident took place exactly within five minutes under the jurisdiction of Ganeshpeth police station. 61-year-old Maruti Ladhe, a resident of Rahul Complex Wing, claimed to have suffered the loss of gold chain and ring worth Rs 1.26 lakh.
Ladhe was walking to nearby hotel when two men on bike came near him and used the same trick to rob him. They asked Ladke to remove the valuables and keep in the bag.
Nagpur Today appeal to their readers to inform their close relatives especially elderly members of their family that if they come across such kind of situation, first to check the ‘cops’ identity card and later secretly alert city police. 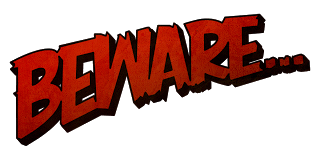