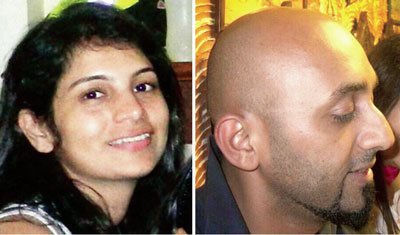 Jerrit John (45) threw hazardous chemical on a Worli girl at her place around 5am on Wednesday. After commiting the crime, he went underground. Police found his Navi Mumbai house locked while John’s wife has moved to her parent’s place in Nagpur.
Police summons his younger brother to find out information on his whereabouts. Police said that Aryanka Hozbetkar, his cycling partner, became close to him despite knowing that he was married.
However, later the 26-year-old physiotherapist stopped talking to him and maintained distance after she came to know that he was having an affair with another woman. This had angered John in committing the crime.
John runs a small studio at Carter Road and had worked as an assistant director in Oscar winning film Slumdog Millionaire. A case have been registered and police are investigating further.