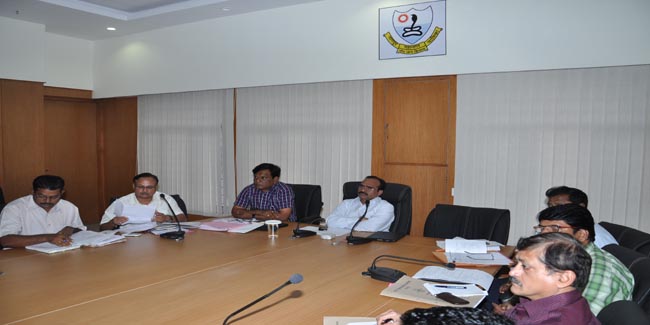 Nagpur News: Taking serious note of steep fall in property tax revenue, the Nagpur Municipal Corporation (NMC) Commissioner Shyam Wardhane directed the concerned authorities to make all efforts to increase the property tax recovery on the expected lines or bang on target. He also observed that despite drastic changes in hundreds of properties the revaluation has not been done, and the recovery of property tax is still going on in the old rates. This was noticed by the NMC Commissioner during his visits to Dharampeth and Dhantoli Zone areas. He immediately directed the Assistant Coomissioner of the two zones to pinpoint the properties and decide on the property taxes according to new rates.

The concerned officials were directed to survey the markets under their zones and get themselves apprised of what the traders are dealing with and recover the taxes according to the ready reckoner. Search for pay and parking places which would increase the revenue of NMC  and at the same time help the citizens for parking their vehicles. Kumbhare directed the concerned officials to revaluate properties and even search for the properties which have totally not paid the tax and complete the target of recovery of property tax, Kumbhare added.