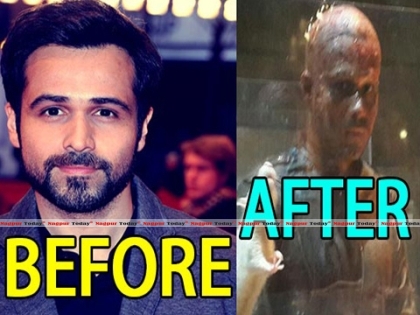 Bhatt Camp is all set to come out with another horror entertainer from their show bag. Vikram Bhatt has once again took the reign of
direction with next horror film ‘Mr X’ which will be showing some special effects inspired by the Hollywood’s ‘The Wolverine’.

Emraan Hashmi will be appearing in bald avatar in ‘Mr X’ which explains how determined he is to take up challenging roles. The film also features Amyra Dastur, will be made under the banner of Fox Star Studios and Vishesh Films.
“We have a strong association with Fox (20th Century Fox). We have worked with them earlier for ‘Raaz 3D’ and now we are going to make another 3D film ‘Mr. X’ with them, starring Emraan Hashmi,” Mukesh Bhatt had said in an interview earlier.

As reported earlier, the makers of ‘Mr X’ were planning to rope in technicians behind the special effects of international superhero
flick ‘The Wolverine’ to add a Hollywood touch to ‘Mr. X’.