Nagpur News: The symbolic victory of good over evil was celebrated at venues spread all over Nagpur city by the burning of effigies of Ravan, Meghnad and Kumbhakarn on Wednesday afternoon. 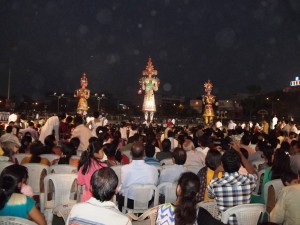 Citizens celebrated Dussehra in twenty seven different venues across the city, the more prominent ones being at Kasturchand Park organised by the youth wing of the Sanatan Society, Chitnis Park by the BJP (Bharatiya Janata Party) youth wing, Samarth Nagar by Yashwantrao Chavan Social Forum and Juni Mangalwari by the ‘Pragatisheel Bahuddeshiya Vikas Sanstha’. 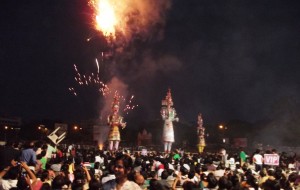 Some of the largest effigies in the city were burnt at Rajiv Gandhi Park in Ganesh Nagar. The effigies were thirty feet high. The ceremonies took place between 4:00pm and 5:30 pm at all venues in the city, and were accompied by processions and firework shows. 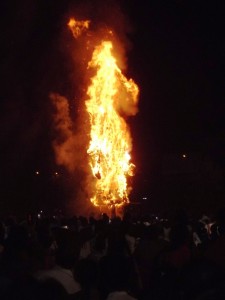 Vijaya Dashami and Dussehra marked a beautiful and spectacular end to the ten- day long Navratra and Durga Puja celebrations that had Orange city in a state of near- feverish  excitement.