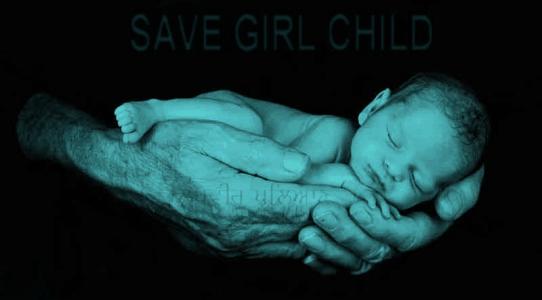 Doctors have fewer daughters than the average Indian, which indicates that they may be using illegal sex-selective abortions to have more sons, reports a study in the international journal, Demography. The fact that doctors are responsible for implementing the Prenatal Diagnostic Techniques Act, which bans foetal sex determination for non-medical reasons, makes the findings all the more shocking. Illegal use of technologies such as ultrasound has led to India’s child sex ratio (number of girls per 1,000 boys under age 6) falling from 927 in 2001 to 914 in a decade, show the 2011 Census data.

In families where one or both parents are doctors, the overall child sex ratio is 907 as compared to India’s 914, found the study that tracked 946 families of MBBS students who took admission in the Government Medical College and Hospital at Nagpur between 1980 and 1985 and went on to have children by 2011.

“If the first child was a son, the chances of the second child being a girl were higher, but if the first child was a girl, the average sex ratio of the next second plunged to 519, indicating a very strong sex selection bias,” said lead author Dr Archana B Patel, head of the department of paediatrics at the Indira Gandhi Government Medical College, Nagpur.

The sex ratio was even more skewed in three-child families. “The sex ratio for the third child was 1,000 in families with two sons, but it dropped to 600 if one of the older siblings was a girl, and to 455 if both the earlier children were girls,” said Patel.

Overall, the likelihood of a girl being born if the family already had a daughter dropped 38%.

“Doctors blame patients, but here we know the truth. Not only do unethical doctors fail their profession, but they also fail as parents,” said Dr Sabu George, an activist against female foeticide.

“We chose doctors for three reasons: They are held in high esteem and regarded as role models, they are crucial to prevent the use of ultrasound and other techniques for prenatal sex determination, and little is known about the preference for sons among the families of doctors. I was shocked at the findings,” said Dr Patel.

Increasing literacy, affluence and urbanisation have not bucked the trend, with experts fearing that smaller families and increasing access to technology will make the ratio deteriorate towards China’s level, where the comparable sex ratio at birth is 833.

“The study is not our impression, but based on facts,” said Dr Patel. “I come from a fraternity that is socially conscious and educated, but when it comes to family choices, social and family pressures still matter,” said Patel.