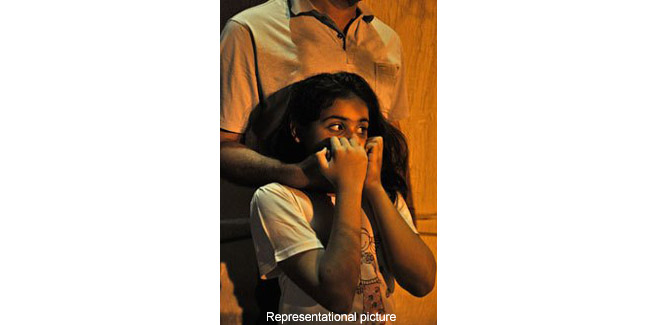 Nagpur News : Despite of all odds, a deaf and dumb mother with her alertness and cops help averted her 2-year-old son’s abduction plan. The case also shows Sadar police swift action and immediate ways to understand the mother to help her son rescued from the abductor.

The minor was rescued within 15 hours after the matter was reported to police station.

On Sunday, Sushma Karde, a resident of Jhansi, was busy with some work on the footpath near central railway station while her son was playing at a few distances away. Suddenly, she found a youth had gone closer to her son and gave him chocolate. Few minutes later, she saw him carrying his son with him.

“Being deaf and dumb she tried to alert people but no one could understand him. She even tried to chase the abductor but failed as he soon disappeared in the crowd. Though disappointed and panicked, she stopped many people around and tried to tell them about the incident. Few ignored her but some people understood her actions and took her to Government Railway Police,” said the investigating officer PSI K K Gedam who immediately made arrangements and set up a plan to nab the abductors. Gedam along with PSI A M Bhos immediately started patrolling after the matter was reported and nabbed the culprit with boy near Itwari.

The woman was brought to Sadar police station. As cops failed to understand her language throught actions, Gedam without wasting time immediately called a teacher from deaf and dumb school of Chaoni who then helped police to take down her statement. The news was spread to nearby areas and also the abductor’s identification as told by the mother.
Few hours later, on being informed by sources and during patrolling police nabbed Mohammad Shafiq Ansani, who works with a furniture shop. Police are still interrogating Ansani to know the motive behind abduction.