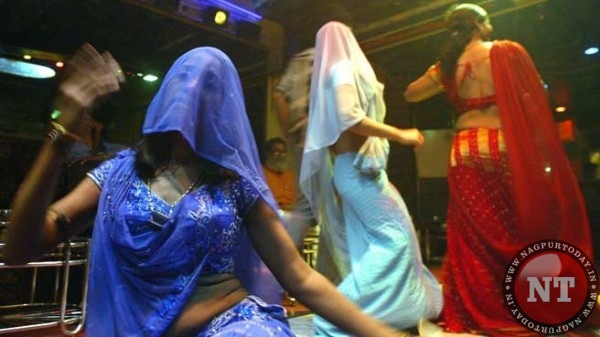 Nagpur: Continuing the crackdown on obscene dance bars being operated illegally by bars and restaurants in city, the Zone 5 DCP Suhas Bawche and his team raided the Kamptee Road-based ‘Welcome Bar and Restaurant’ and caught four girls and 12 customers red-handed. The raiding cops found the girls dancing in vulgar postures and the customers hurling currency notes on them obnoxiously.

The police squad also scanned the CCTV footage that showed the girls dancing in obscene gestures.

Notably, cops have swooped on three dance bars in the past few days the latest being ‘Payal Bar and Restaurant’ and ‘Welcome Bar and Rstaurant.’ The late night raids by cops have created ripples in the bars and restaurant running dance bars under the cover of orchestra across the city.

According to sources, the DCP Suhas Bawche received secret inputs that a dance bar was being run under the cover of orchestra in ‘Welcome Bar and Restaurant’ situated on Kamptee Road. Acting on the tip-off, the DCP directed his team to keep watch and lay a trap for punitive action. Subsequently, the DCP and his squad raided the ‘Welcome Bar and Restaurant’ in the midnight on Thursday. The raiding cops found four girls dancing and 12 customers ‘enjoying’ the vulgar act.

The cops, after ascertain names of the four girls, directed them to come to police station for cooperation in investigations and let them go. The 12 customers and manager of the bar were arrested. Further probe is underway.