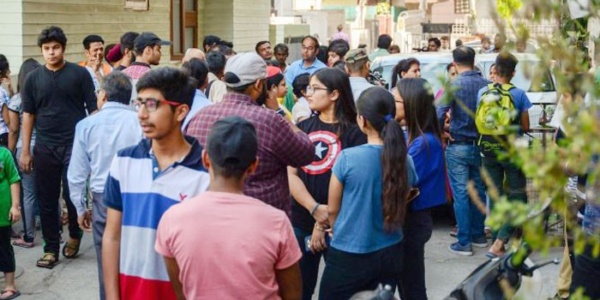 Ranchi: Six students were detained by police in Jharkhand on Friday for questioning for their alleged involvement in Central Board of Secondary Education paper leak case.

The students were held near Chatra’s Sadar Police Station area.

Earlier in the day, the Delhi Police interrogated over 30 people, including students and teachers of private coaching centers, in connection with the same case.

Over a dozen mobile phones belonging to these people have also been seized by the police.