Sanjay Kaushik, Inspector General of CRPF’s Western Sector, who presented the Director General’s Commendation Discs and Certificates to the officials and jawans, said 40,000-strong special team has formed to tackle Naxal menace in Maharashtra and the entire country. 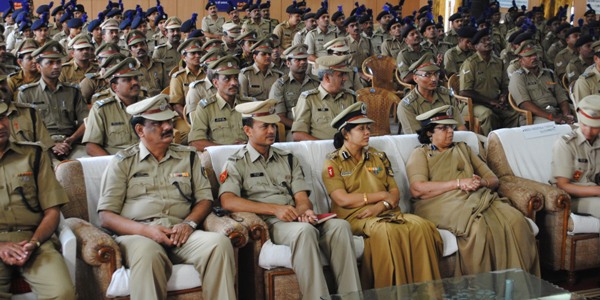 The Deputy Inspector General of Central Reserve Police Force (CRPF), Group Centre, Nagpur, P J Mohane and 33 other officials, subordinate officials and jawans of Western Sector were presented with CRPF Director General’s Commendation Discs and Certificates on the occasion of 74th Anniversary of the CRPF. The prestigious Director General’s Commendation Discs and Certificates are presented to officials and jawans for their Operations, Administrations, Training and Outstanding Achievements in different fields.

The Commendation Discs and Certificates were presented by the chief guest Sanjay Kaushik, Inspector General of CRPF’s Western Sector. Kaushik greeted and appreciated the receivers of the prestigious honour. 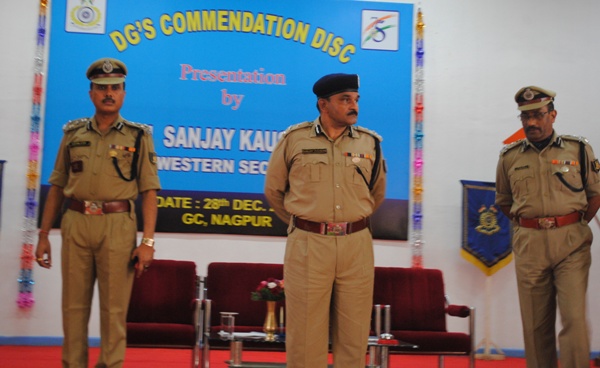 While speaking on the occasion, Kaushik lauded the manner with which the officials and jawans have been handling so many crisis situations with valour and bravery in the line of fire especially  who have served in the Naxal infested areas of Dantewada, Gadchiroli and others.

After addressing the officials and jawans, Kaushik spoke to the media and said that recently CRPF has formed a special team of 40,000 highly trained soldiers specifically for carrying out operations in Naxal hit areas in the country. He added that they have incorporated nearly 250 men who belonged or are native of Naxal areas like Gadchiroli, Dantewada etc so that they can converse in the local dialect and language when they go for operations. He said till date, whenever an operation of search and destroy is carried out, the Naxals immediately leave the place and slip into the neighbouring states, where they have their allies or friends from different Dallams. Henceforth, the CRPF will design and carryout operations in such a way, that the Naxals do not have any chance to escape. They are planning to carry out operations in such a way, that the Naxals are surrounded from all the four directions leaving no place to escape.