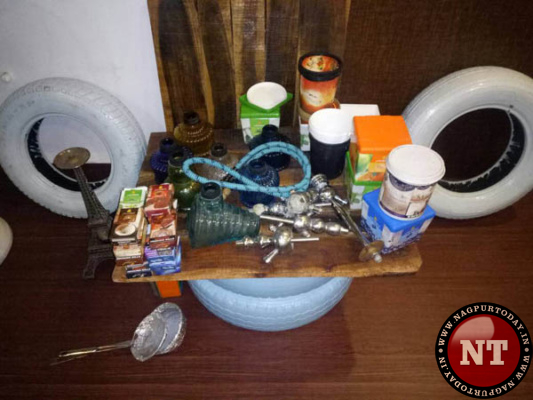 Nagpur: In a major crackdown, squads of Crime Branch on Monday raided five hookah parlours at posh areas in Ambazari police jurisdiction. The raiding cops, to their dismay, found a group of nine minor boys and girls enjoying the heady stuff at one of the parlours.

The five hookah parlours raided include ‘Coppa’, ‘Three Bags’, ‘Haveli’ on Amravati Road, and ‘Spread’ ‘Nine’ situated at Laxmi Bhavan Square. The raids were conducted from afternoon to evening hours on Monday.

At one of the hookah parlours being operated at an apartment in Bharat Nagar, cops found a group of nine minor boys and girls puffing hookah. Cops seized several hookahs, scented tobacco and other material from this parlour. The Director of this hookah parlour Sumit Gople was booked under relevant sections of Cigarettes and Other Tobacco Products Act (COTPA) while directors of other four parlours were served challans.

The raids were conducted under the directives of DCP (Detection) Sambhaji Kadam. The swoop by Crime Branch also exposed the inaction on the part of Ambazari police under whose jurisdiction the hookah parlours were being operated.