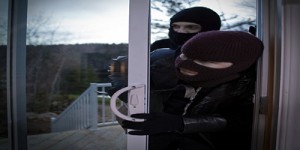 Nagpur News: City police crime branch has arrested two notorious burglars and solved around 10 burglary cases of different city police stations and rural as well. Police has recovered valuables worth more than a lakh from Ganesh Gudadhe, a resident of Timki and Mahesh Gajbhiye, a resident of Hingna.

Police said that both have confessed of breaking-in six shops at Timki under the jurisdiction of Lakadganj police station.

They were involved in break-in at two houses in Yashodhara Nagar police station and other few cases at rural areas.

Crime branch police suspects their involvement in more other cases.