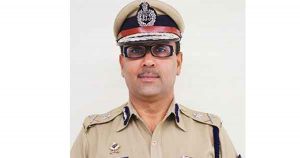 Cops had initiated preventive action against him in 2018 but he continued indulging in criminal activities. Finally, a proposal was prepared by Senior PI (Koradi) Rajesh Pukle under the supervision of Additional CP (North Region) Naveenchandra Reddy, DCP (Zone-V ) Neelotpal, DCP (Detection) Gajanan Rajmane to book Sheikh Samir under MPDA.