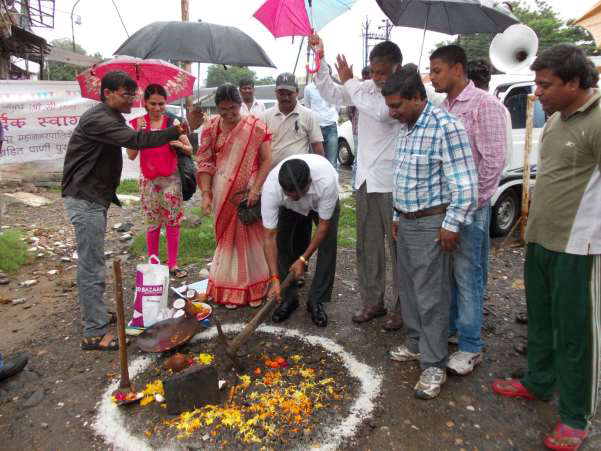 In these 20 command areas, OCW has successfully replaced over 218 Km new pipeline and also replaced almost 25310 house service connections (Up to August 21 , 2013) across city. Along with actual rehabilitation work of the uninterrupted (24×7) water supply project, OCW is also replacing very old network, rusted pipelines that were supplying contaminated water in many parts of city under ‘Priority Works.’ About 20 km pipeline has also been successfully replaced under priority works so far.

At Sitabuldi-GH command area NMC-OCW has also set up a ‘Water House’ for the consumers of area to address to their complaints about works related issues like digging of
roads, restoration etc. Consumers can register their complaints at this number: …………..