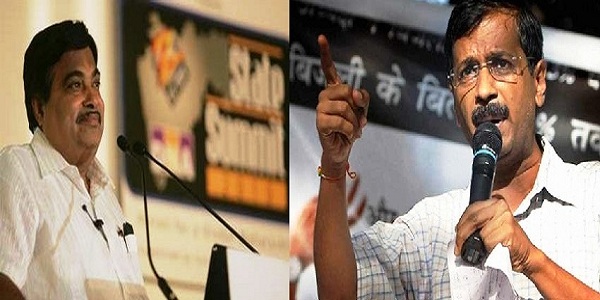 Nagpur News: Allegations by rookie politician Arvind Kejriwal of IAC (India Against Corruption) has stirred a beehive in the BJP camp. Kejriwal alleged that Purti Power and Sugar Limited founded by Nitin Gadkari colluded with the ruling Nationalist Congress Party (NCP) in Maharashtra for furthering his business interests at the cost of farmers. He alleged that Gadkari acquired some land forcibly by putting pressure on farmers and that water meant for the Vidarbha farmers was diverted to power and sugar units, some of which are owned by Gadkari. The allegations have been denied by Gadkari which has increased the confidence of BJP supporters and party workers. Claiming that it was a conspiracy by the Congress party and Arvind Kejriwal, the BJP president said, “Arvind is doing this to get political mileage out of these baseless allegations for his upcoming political party. The BJP president also said, “My party is the one which has highlighted the irrigation corruption.” The city BJP unit said that the party president would never get involved in corruption of any sort. He is clean. The general Secretary of BJP Yuva Morcha, Khaparkheda, Bandu Chourgade while speaking to Nagpur Today said that all allegations against Nitin Gadkari the party president are false and baseless. Kejriwal has to take back all the allegations or else the BJP Yuva Morcha will resort to intensive protests. Bandu Chourgade also said that Kejriwal’s attempt to malign Gadkari’s name is being backed by Congress.