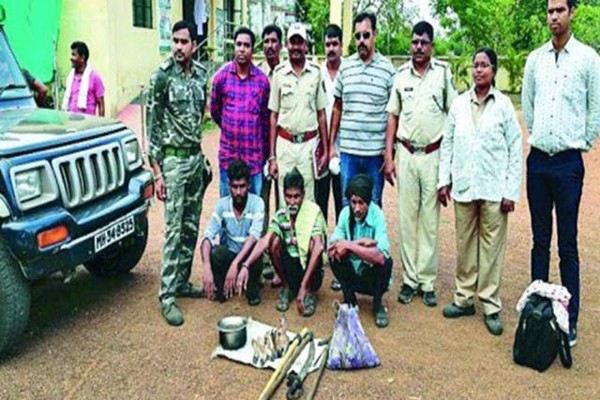 Nagpur: The number of arrests in connection with poaching of a chital or spotted deer in village Chitegaon, Mul taluka of Chandrapur district has gone up to eight. The eight accused, in connivance with each other, had hunted the spotted deer by trapping it in a wire noose at a lake in Chitegaon village of Saoli Forest Range on Monday, May 14. After killing the chital, the three of the eight accused were found trying to sell the meat but were caught by a wildlife activist and photographer Rajesh Bansod and Tanmay. The three accused were later handed over to Forest Department officials.

While Dadaji and Gangadhar Bhoyar were caught by Rajesh Bansod in Maregaon village, Devrao was caught by Tanmay. The three accused killed a spotted deer or chital and were selling its meat. The meat was seized. The three accused along with the deer meat were handed over to forest department personnel.

The chital or cheetal, also known as spotted deer, is protected under Schedule III of the Wildlife (Protection) Act, 1972.