The Crime Branch of Nagpur Rural Police stormed a house in Kamptee and arrested three bookies and seized a laptop, 12 mobiles and a TV collectively worth Rs 70,000. The arrests of the gamblers, the first time in Kamptee, triggered a sensation among the residents of the small town. The bookies have changed the modus operandi and carrying the fishy deals from small towns, now.

Even though the “fixing dust” of IPL-6 could not settle to a shabby end, the Champions Trophy being played in England, offered a golden chance to bookies who have “succeeded” in remaining free from the clutches of Nagpur police or Delhi police. It may be recalled the Nagpur and Delhi police had trapped big fishes of Nagpur who were the key fixers of IPL  matches after the exposure of massive spot fixing by various players and big big spot fixers across the country. Sunil Bhatia and “Chhotu” Agrawal were the big fishes to name a few. The modus operandi has changed. The fixers are now playing the game in small towns or cities.

According to these Super betting sites the Crime Branch of Nagpur Rural Police stormed a house in Kamptee and arrested three bookies who were “busy” in betting on the match played between Sri Lanka and Australia. Police have seized a laptop, 12 mobiles and a TV collectively worth Rs 70,000. The arrests of the gamblers, the first time in Kamptee, triggered a sensation among the residents of the small town. The three accused had spread a network in Kamptee for betting purpose since the past three days. The Crime Branch of Nagpur Rural Police got a tip off and accordingly, they raided the house where the betting deals were being carried by one Chetan Bangre, Irfan Sheikh and Hemant Meghlani. The accused have been arrested under Sections 4, 5 of Gambling Prohibition Act. 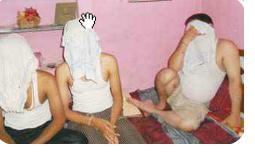 The Crime Branch sleuths are certain about the links of accused with some Nagpur bookies. And they are probing the matter from all angles in which some big names of bookies may surface in the coming days. According to police, Bangre’s house is located near Borkar Square in Kamptee and he along with Irfan Sheikh and Hemant Meghlani were busy in betting over the match. PSI Dinesh Lambade, Prashant Barpe, constables Jay Sharma, Pramod Bansod, Amol Nagre, Kalidas Ambadare and other raided the house when the three accused were watching the TV and were booking the bets. The bookies selected Kamptee town since it is very secure as far as safe environement is concerned. Police surmise other areas of Kamptee must have been the hubs for the bookies after considering all the favourable factors.