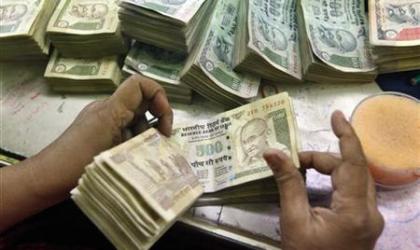 The Anti-Corruption Bureau of the CBI of Nagpur Branch has arrested a Junior Engineer of South East Central Railway for demanding and accepting a bribe of Rs 15,000.

According to the CBI, Vijay Ramlal Gabhane, a Civil Government Contractor, resident of 57, Vidya Nagar, Wathoda Layout, Nagpur, lodged a complaint against the Junior Engineer (SECR) Sharad Sangole. In his complaint, Vijay Gabhane informed the ACB of CBI, Nagpur Branch that Sangole was demanding Rs 15,000 as bribe for clearing the pending bills to the tune of Rs 9-10 lakhs.

The pending bills pertain to Maharashtra State Road Transport Corporation when Sangole was an employee of the ST. Sangole had cleared the bills of Vijay Gabhane to the tune of Rs 6,33,000 for the contract work of repair of sewer lines at Imambada Quarters, Nagpur in 2013.

The complainant then had approached the Deputy Engineer, MSRTC to finalize the bills but was informed that accused Sharad Sangole was required to come back to the office for finalizing the same. Thereafter, the complainant on numerous occasions had telephoned the accused Sharad Sangole to finalize the bills, who in turn demanded 1 per cent of the pending bills and further 1 per cent of the sanctioned bills for which payment of Rs 6,33,000 was already received by the complainant Vijay Gabhane.

On the basis of the said complaint, an instant FIR was registered and verifications were carried out about the actual demand of bribe by the accused Sharad Sangole in the form of recorded telephonic conversations and the same was found to be correct. The CBI’s ACB, Nagpur Branch, laid a trap on 22.08.2013 in Sadar, Nagpur and caught Sharad Sangole, Junior Engineer, SECR, while accepting the bribe amount of Rs.15,000 from the complainant Vijay Gabhane.

Vijay Kumar, DSP, along with his team members, carried out operation under the supervision and guidance of Sandeep M Tamgadge, IPS, Superintendent of Police, CBI, ACB, Nagpur.